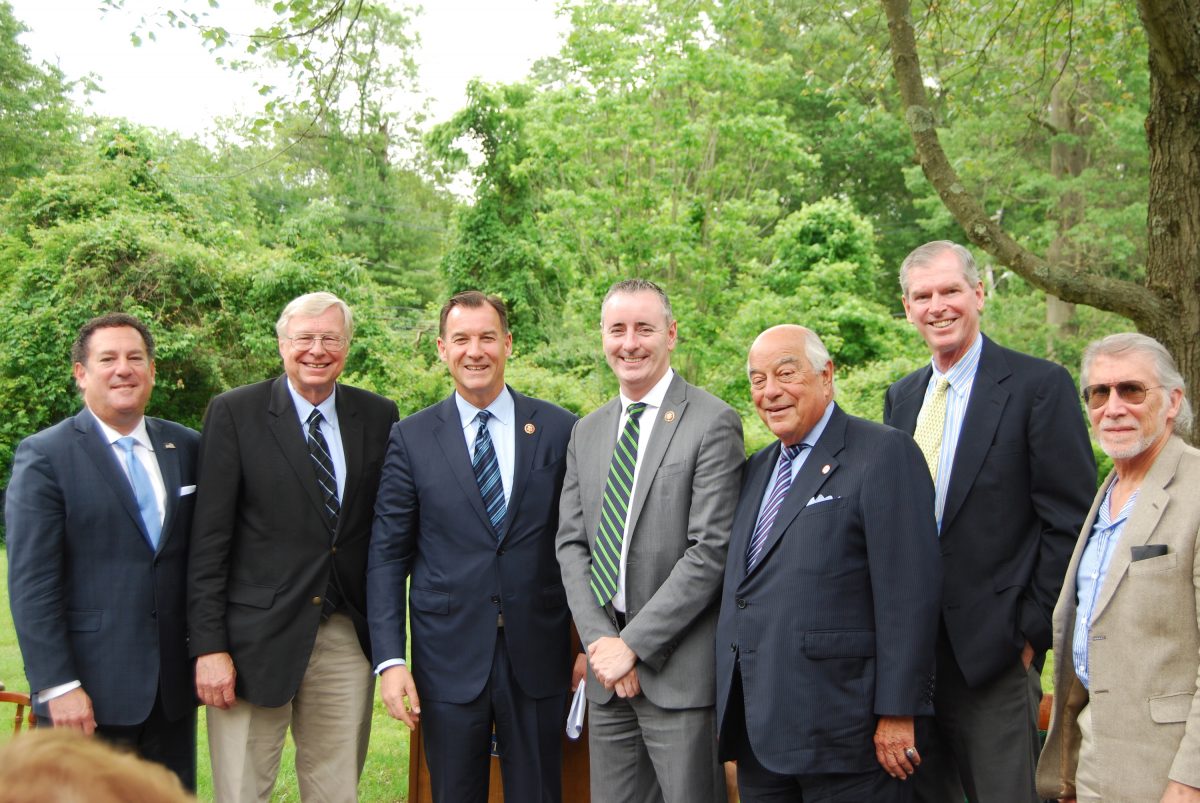 Mayor Bernie Ryba took part in a press conference outside Village Hall on June 17 with other elected officials, including U.S. Congressmen Tom Suozzi and Brian Fitzpatrick of Pennsylvania, to address the issue of increased air traffic over the Village of Old Brookville and how the constant noise has negatively impacted the residents’ quality of life. Congressman Fitzpatrick, who is a member of the House Aviation Subcommittee, added that it is not just a quality-of-life issue, but one that affects public health and the environment.

Congressman Suozzi said the problem has been the result of next-generation technology which causes planes to fly narrower flight paths, and the current construction taking place at John F. Kennedy Airport, where two of the runways have been shut down until November, allowing fewer routes for the planes to take. To rectify these problems, a group of measures were introduced. Starting June 24, planes flying west of Deer Park must now fly at an altitude of 4,000 feet, and planes must be at 3,000 feet when the 22-right runway is not being used and the plane is more than 15 miles away from the airport. These new measures will be in effect 24 hours a day. Old Brookville is approximately 17 miles from Kennedy Airport and, currently, planes landing at Kennedy can be as low as 1,500 to 2,000 feet over the village.

A number of village residents were in attendance and were given the opportunity to ask the congressman questions during the approximately 50-minute press conference.

The press conference was covered by Newsday, News 12, Channel 2 News, and The Island Now.

Watch the video of the June 17 press conference regarding the increased air traffic and the resulting noise affecting Old Brookville (4:18):

This date may be subject to change

Copyright © 2022. All Rights Reserved. The Village of Old Brookville
This website was designed and developed by The Public Relations and Marketing Group.
Photos by Jacqueline Sacher
Accessibility Statement